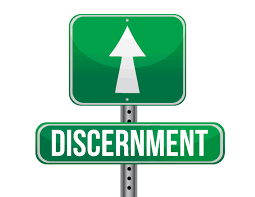 This is a favorite word or let’s say one of the most popular words in Christian lingo! In the current crisis facing all humanity, many are pushing to discern God’s role and His purpose in all of it! Discernment means the ability to determine God’s desire in a particular situation. It also means the ability to identify the true nature of a thing. Jonathan. Son of King Saul had great discernment. He had an uncanny ability to know what God’s will was in every situation. He knew when the time was right to attack a hostile nation and win a victory. Most importantly his relationship with David exhibits his discernment. The moment he encountered David, he knew there was something special about the young man. His father Saul knew too and realized almost at once that David was the one who would take his throne. He resolved to kill him. Of course Saul was not only concerned about protecting his kingship but also to ensure Jonathan and not David succeeded him so as to continue his legacy. Jonathan however understood what God was doing and fought his own father over and over again to ensure David lived to be the next king. (1 Samuel 19 & 20) He would defend David to his father, then reveal all his father’s murderous plots to David and direct him to hide. He resisted his father to the point that “…Saul hurled his spear at him to kill him [Jonathan]…” 1 Samuel 20:33. He was willing to risk his life so God’s purpose would be birthed even if it meant he would never sit on the throne as his father’s heir. Before they finally parted ways never to see each other again, Jonathan made a covenant with David to be kind to his family when he became king. He knew exactly how the story would end. Jonathan co-operated with God to bring let His plan into reality. It took great discernment for him to do all he did with no regard to what it would cost him personally-the opportunity to become king. He would have made a fine king too. He was nothing like his father Saul, yet that was not God’s plan. I pray that God will give all of us discernment to know what His will is for us in any given situation; that He will give us discernment to know what is false and what is true; what is from Him and want is not, as we journey through life!
Blessings!